Oh, what a pain in the wrist!

Wrist pain is a widespread issue, which, if untreated, may progress. To choose the right therapy one has to understand the cause of the pain.

Wrist pain is a widespread issue, which, if untreated, may progress. To choose the right therapy one has to understand the cause of the pain.

What causes pain in the wrist?

Wrist pain may be both acute and chronic, and it most often develops when insufficient attention has been paid to the wrist using timely treatment.

The most frequent causes of wrist pain:

A seemingly innocent fall may result in a serious wrist injury, not to mention more serious injuries, which may occur due to various reasons. It may be an accident in sports practice, for example, a turned or sprained palm in wrestling, it may be a wrist injury obtained in an everyday situation, lifting too heavy objects or otherwise, and there are a number of other situations, which may cause wrist trauma and injury. They all may cause long-term health complications, therefore after the first symptoms, the most common of which is pain, one should seek help.

In the case of injury, ligaments, muscle fibres and tendons are usually affected, which, if not treated, may transform into chronic pain, therefore one should seek timely help.

The second most widespread cause of wrist pain after injuries is overload, which occurs in daily life, when exceeding the limits of one’s capacity over a long term. In such cases, it is mostly due to monotonous or one-sided activity. One example is people who continuously work with a computer on a daily basis. Wrist overload is also widespread among farmers, physical labourers and others who place daily monotonous loads on wrists and fingers.

Wrist overload may cause a serious health problem such as carpal tunnel syndrome. It means that as a result of all the mentioned reasons, a nerve is compressed at the base of the palm, which initially causes numbing, but later transforms into continuous severe pain. It can be so severe that it is not even possible to perform habitual everyday activities, let alone more complicated hand movements.

In cases when people’s everyday work encompasses such monotonous movement and overload on the wrists, it is important to both strengthen the upper arm and alleviate the overloaded joints.

Yet, before starting any therapy, it is important to consult a doctor, who will examine the patient and prescribe the necessary treatment.

One should not endure pain, it should be treated!

Health practitioners who treat patients with wrist pain on an everyday basis point out that there are quite a few people who may tolerate pain in the long term, hoping that it will diminish, instead of seeking professional medical help. This attitude is a fairly direct way to arrive at chronic pain, therefore one should not hesitate to seek help.

By both listening to the patient’s complaints and conducting an examination with medical equipment, the doctor determines the diagnosis and decides on the relevant treatment. In the case of acute and chronic pain, it may be medical therapy, later adding physiotherapeutic exercises and procedures. Yet, there are also cases when it is necessary to undergo surgery. In these cases there are also several stages of recovery, which include the surgery itself, as well as medical and physiotherapeutic help. One should also be aware that in the future, when returning to one’s former life and movement, one should distribute loads appropriately in order not to experience unpleasant problems again.

Whatever the cause of wrist pain and the therapy chosen, in each case good and worthy aids are palm orthoses, which both fix the palm and the wrist, providing maximum comfort to it and reducing the load, and providing stabilisation of the wrist and fulfilling other necessary functions.

Photo by Tom Claes on Unsplash 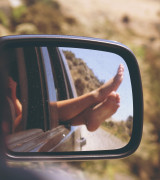 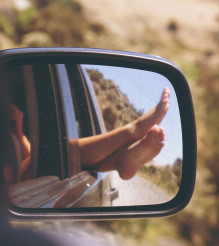 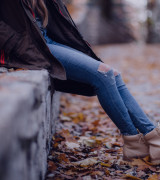 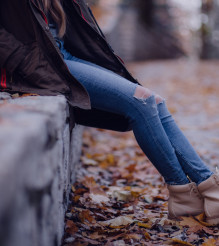 * By subscribing to the newsletter, I agree to the terms of use
© 2023 TONUS ELAST SIA, all rights reserved

We use cookies to provide you with a more convenient and secure online shopping experience. By continuing your browser session or clicking the "I Agree" button, you confirm that you agree to the use of cookies. You can revoke your consent at any time by changing your browser settings and deleting your stored cookies.